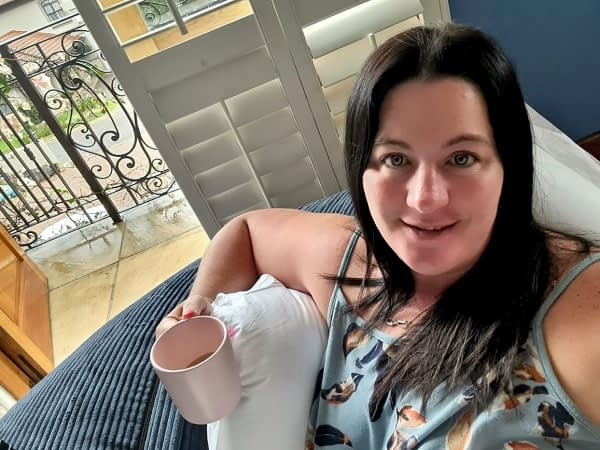 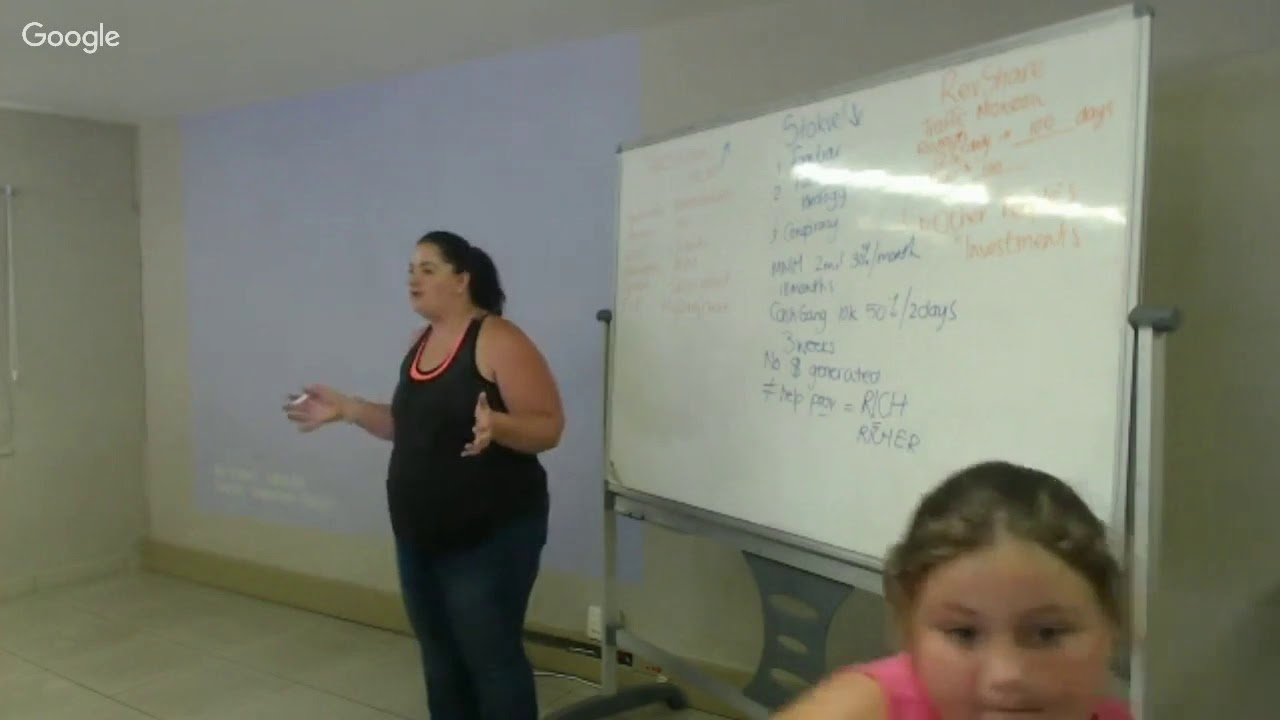 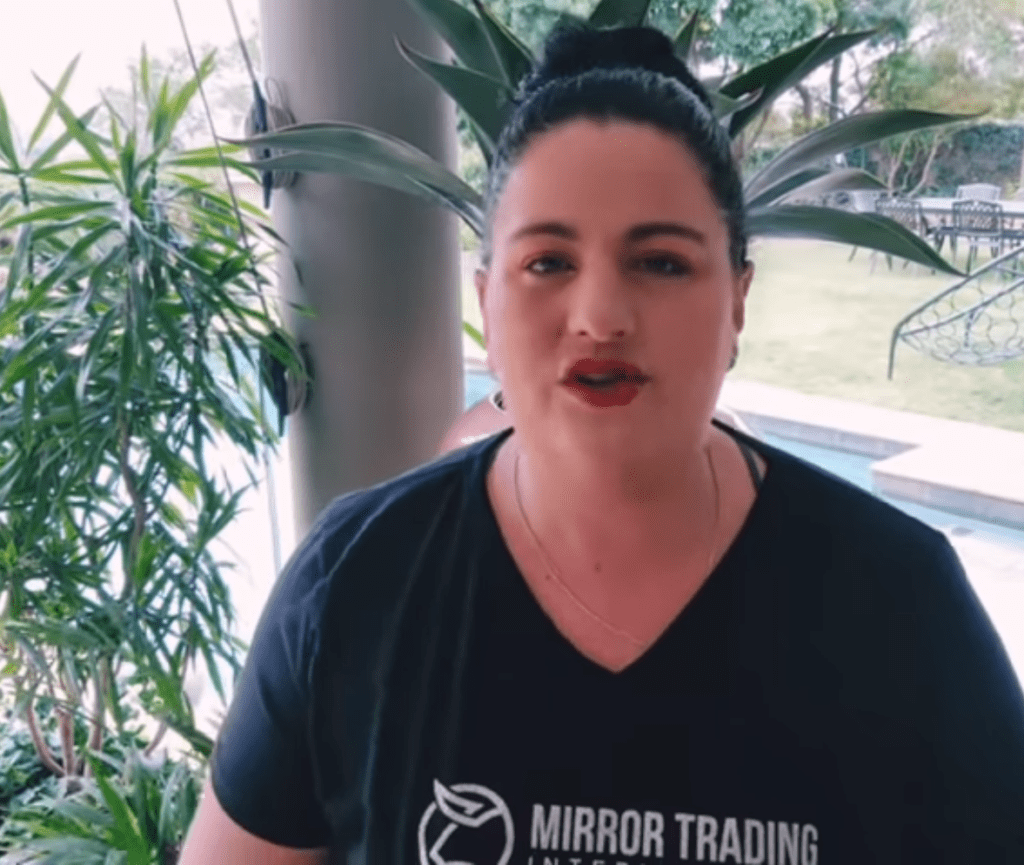 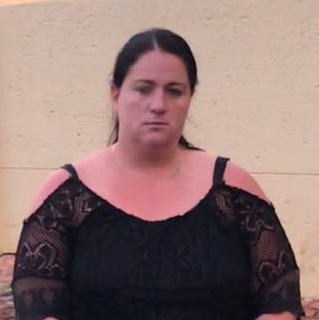 The many faces of #Dubalion, #bitcoinchick, #cashcow aka The Ponzi Queen and Ponzi Princess 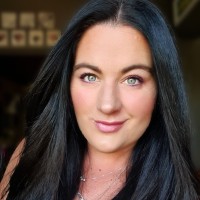 Cheri Ward now Marks started her career in Network Marketing in Syntek selling a fuel additive. She progressed to sell another of their products, AlureVe, a skincare range. Somewhere along the way she became dissatisfied and decided to leave the company. Her pledge on leaving was that she would destroy the business on the way out as well as the reputation of the man who held the rights within South Africa.

She moved on to ProTravel Plus, an MLM business selling discounted holidays and accommodation. There were all sorts of issues surrounding Cheri and money that was supposed to have been paid to the USA for memberships.  In 2016 Joseph Otis came to South Africa in an attempt to sort out the mess created by Cheri. There was a large amount of money unaccounted for by Cheri, which very likely ended up in the redecorating of the house purchased by Cheri and Clynton. Needless to say, ProTravel Plus failed and was closed. Joseph Otis and Joel Santiago then opened a company Volishon. Following the Protravel Plus saga (read her “PTP Truth Blog” Otis and Santiago did not invite Cheri and Clynton to join Volishon. In fact, Joseph Otis retained the services of an Attorney in South Africa in an attempt to recoup the “missing” funds. 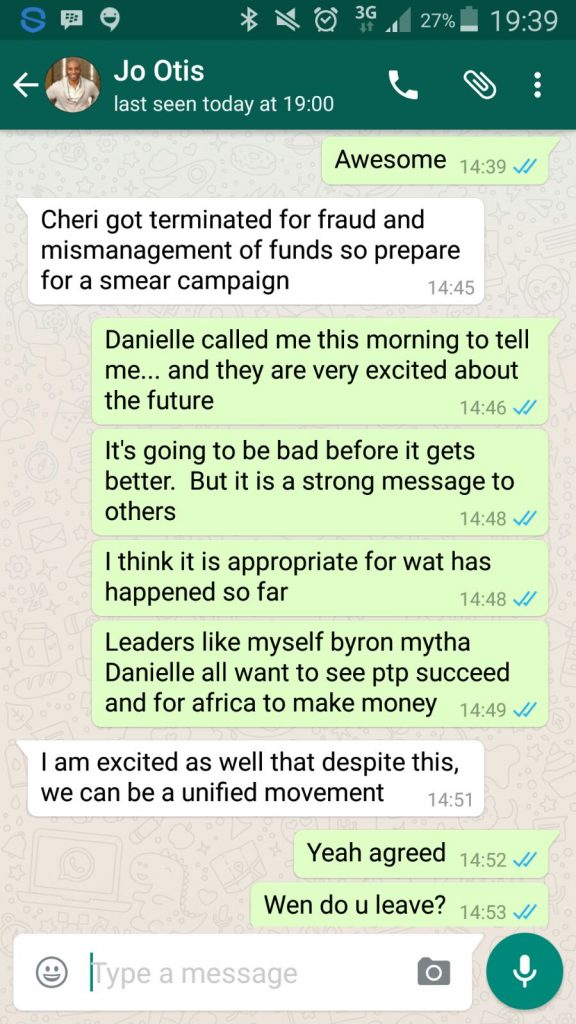 Following the demise of PTP, Cheri and Clynton formed Team on Fire, a multi-network promotional platform. This brought weekly meetings and presentations to recruit people into all the networks. Attendance required filling in a form, which lead to automatic enrollment onto the platforms being punted at the meetings and all in the Marks/Ward teams, irrespective of whether a prospect wanted to join or not or whether they were in fact introduced by someone else.

All of the platforms that have been marketed by Team On Fire have failed, with the exception of My Daily Choice. MDC in South Africa was under the leadership/management of Clynton and Cheri but was subsequently taken away from them by the owner around the time of BTC Global.

MMM – Andrew Caw, being an integral part of Cheri’s networking circle collaborated with Cheri and Clynton to manipulate the MMM system. In short, these Guiders placed adverts on Gumtree for jobs. Candidates had to reply sending their CV, ID, and contact details. Profiles were created in MMM using the details however, the Cell numbers used were burner SIMS purchased by them. They then loaded Give Helps of R100 000 on these profiles a few days apart. At the time it was taking around 30 days before the amounts had to be paid. They would request a “Get Help” on an account a few days before they would have to pay. ar30% per month, they took the R130000, pocketed the profit and then paid the R100000 back into the system. This occurred every few days, never taking their own money more than once. They made millions out of MMM while unsuspecting members kept paying them in the system. This kind of behaviour contributed to the quick demise of MMM which lasted approximately 9 months. As Guiders, they also knew that the shorter the timeframe between “Give Help” and actually paying the closer the system was Restart.